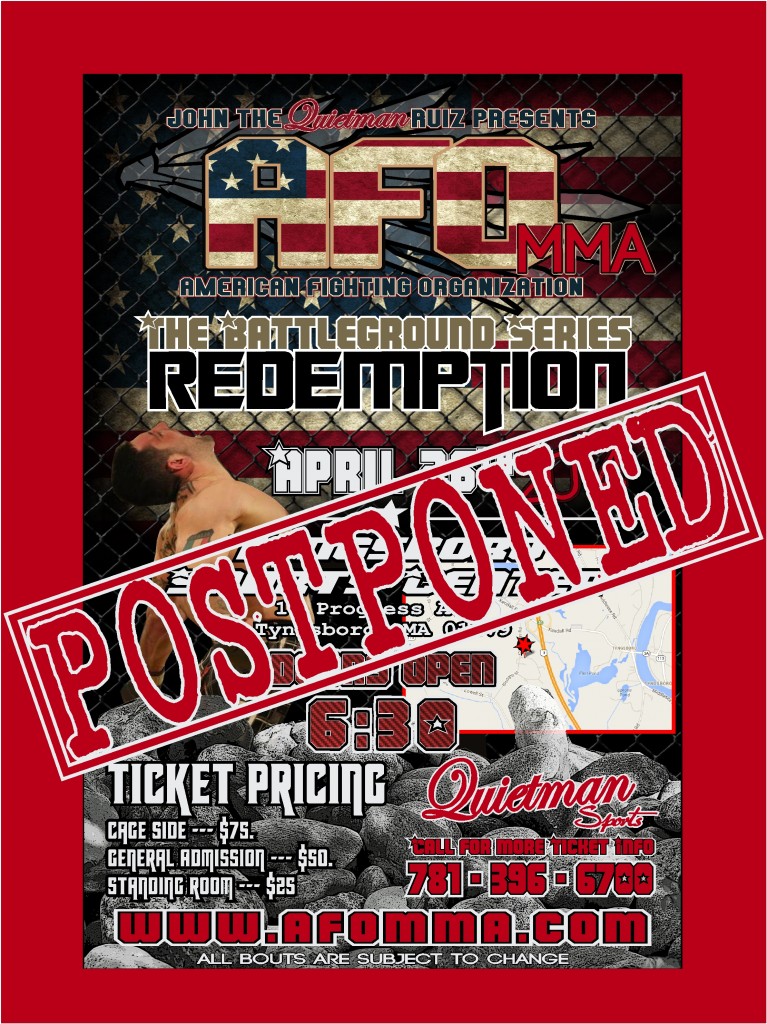 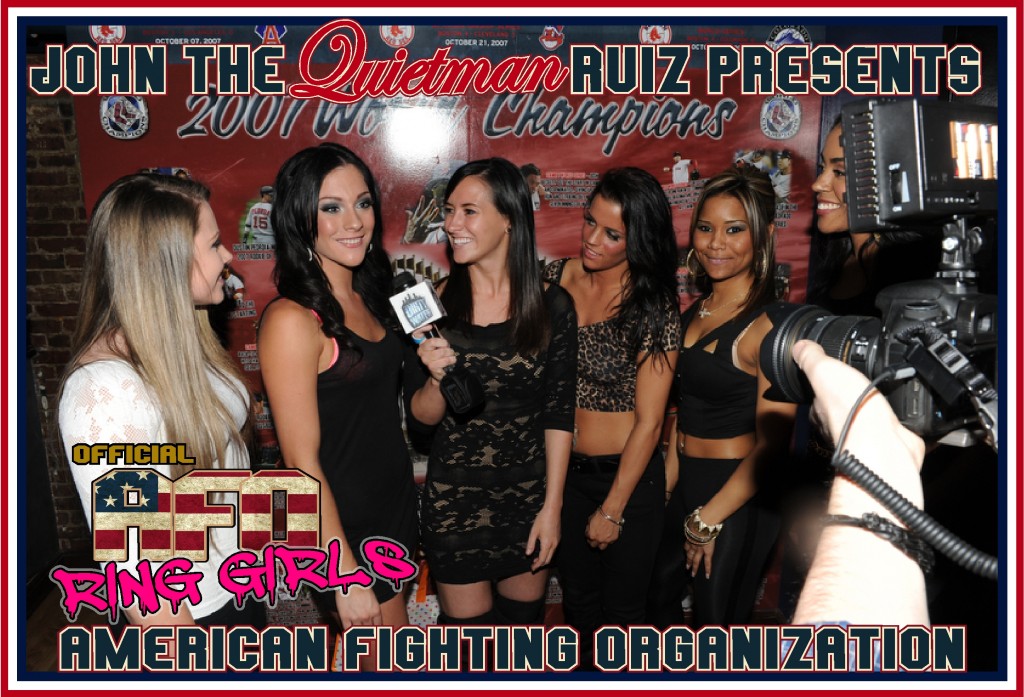 Two-time World Boxing Association heavyweight boxing champion John “The Quietman” Ruiz owns and operates the new AFO, which will promote professional and amateur mixed-martial-arts and boxing events, starting in the first quarter of 2014.

”It was an exciting night,” said Ruiz, who is the only world heavyweight boxing champion of Latino heritage.  “I want to thank everybody involved, especially all of the girls who competed, as well as our judges, The Greatest Bar, AFO staff, and, of course, the people who were their supporting AFO.  This was a great way to officially launch the new AFO.  I’m looking forward to our first event.”

The New Fighter of the Month

AFO will promote amateur and professional mixed martial arts and boxing events, as well as promote MMA fighters and boxers, starting in January with an amateur MMA tournament in various weight classes to determine the best in New England.

”We are going to put on the best shows in New England,” Ruiz promised.  ”I’m investing a lot of money to promote events and fighters, in addition to putting on great MMA and boxing shows for fans.”

Ruiz, under Quietman Sports, purchased AFO, its website and debt, which was recently paid off (see pictures below).

”I’d been talking about promoting and this opportunity came out of nowhere,” Ruiz continued.  ”AFO was structured as one of the oldest MMA promotional companies in New England. It was also in place and that was better for us than starting out from scratch.  AFO’s reputation within the industry may not have been the best but we’ve paid off its debts and are now prepared to make the new AFO the best combat sports promotional company in New England.

”Fighters are fighters.  At my gym (Quietman Sports Gym in Medford, MA) we teach MMA and boxing.  It has a nice ring and cage, too.  Since I retired as a boxer, I’ve always felt like I would get into promoting boxing, and AFO will be boxing and MMA.  I want to bring more class to both sports.  Our shows will offer better competition and more entertaining fights, in both MMA and boxing in New England.”

Ruiz said that he is looking throughout New England for a venue that can become the new AFO home and waiting to hear back from prospective television networks interested in airing AFO shows. (Read More) 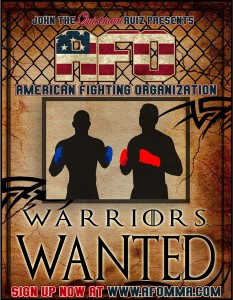